Birds of Paradise and Òran Mór are delighted to announce Role Shift, by Lesley Hart.

Role Shift by Lesley Hart is a funny and feisty new show that turns the spotlight on the role of the sign language interpreter in a gender bending, toe swap comedy about the struggle to live with and without other people – and what it really means to be ‘me’.

This is the first co-production between Birds of Paradise and Òran Mór’s famous A Play, A Pie and A Pint. The show will be directed by one of Birds of Paradise’s Artistic Directors Garry Robson

Inspired by the principle of “role shift” in British Sign Language, Role Shift is a slightly naughty but honest look at the role of a sign language interpreter and what happens when separate worlds collide in a fascinating new way. Carrie is dutifully doing her job as a sign language interpreter but when she gets drawn into the action she disrupts the world of the play from a boy meets girl love story into something very different, magical and strange.

Birds of Paradise produce and promote accessible theatre and have created a pre-show audio introduction* for both our visually impaired friends and all to enjoy. 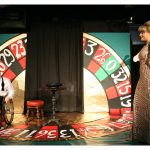 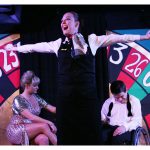 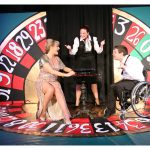 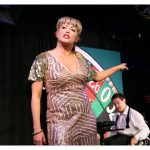 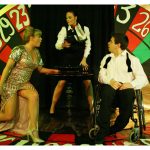 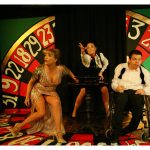 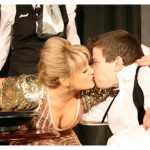 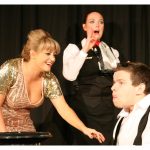 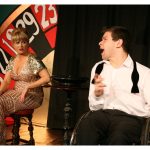 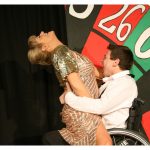 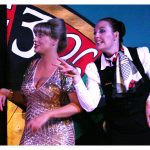 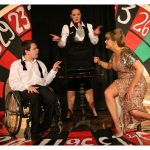 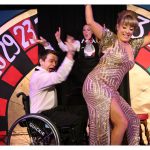 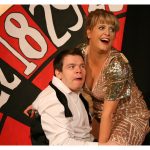 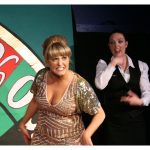 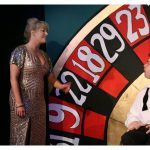 Mumble Theatre – ★★★★★
“Role Shift was by turns, a hilarious rollicking comedy, a comment on sexual mores and how the world views the disabled

This piece is both funny and thought provoking and definitely ends on a high. Written by Lesley Hart and directed by Garry Robson, Role Shift earned the players a rousing and well earned extra curtain call, most unusual at Oran Mor. Be there or be  square.”

The Herald – ★★★★
“Garry Robson’s already done a cracking job of balancing the frisky humour and sensitive issues of gender, sexuality and disability while giving his tremendous cast room to be mischievous.”

The Scotsman – ★★★
“It’s a brilliantly raunchy and playful idea, played to the hilt by Garry Robson’s terrific cast.”

The Tempohouse
“Brilliant, demented play for PPP” “a most mischievous Robert Softley-Gale” “all Monroe hips and dirty quips”

Role Shift was by turns, a hilarious rollicking comedy, a comment on sexual mores and how the world views the disabled