Laura and Jake just want sex. Late Friday night drunken sex. Nothing more. No strings attached. But getting your leg over is sometimes more difficult than you think. Starring James Young and Amy Conachan, Wendy Hoose is about two twenty year olds searching for love in all the wrong places!

Wendy Hoose contains strong language and scenes of a sexual nature. All performances include audio description, BSL and animated surtitles.

Supported by Unlimited, celebrating the work of disabled artists. Unlimited is delivered in partnership by Shape and Artsadmin, with funding from Arts Council England, Creative Scotland, Arts Council Wales and Spirit of 2012. www.weareunlimited.org.uk

Previously part of the MADE IN SCOTLAND showcase

CHECK OUT THE PROGRAMME 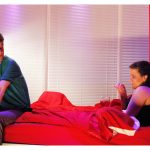 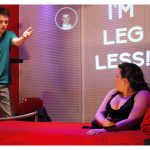 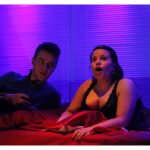 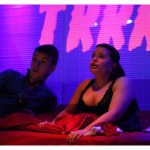 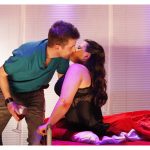 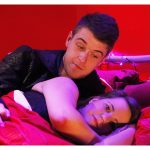 “As a calling card for the new direction for Birds of Paradise, this is a wonderfully full-on, no-holds-barred declaration of intent to produce entertaining theatre with heart, intelligence and flair. It may well be rude at times, but it clearly comes from a Scottish theatre that’s in rude health.” DISABILITY ARTS ONLINE

“the production, co-directed by McKnight and Robert Softley Gale, has no time for such soppiness; it is rude, ribald and hilariously off-colour, and bodes tremendously well for the new directorship of Birds of Paradise.”
★★★★ THE GUARDIAN

“Writer McKnight is the master of witty wordplay and Young  delivers his painfully cruel rejections with perfect timing and  zeal.”
★★★★ TV BOMB

“Conachan in particular does a beautiful job of painting Laura as a real woman with needs, wants, desires and obligations, who’s not willing to be repressed by the ‘disabled’ label.”
★★★★ TV BOMB

“The knotty problems and see-saw dynamics of the pair who are keen to have sex but don’t know each other is captured through McKnight’s brilliant ear for authentic West of Scotland speech.”
★★★★ EDINBURGH GUIDE

“unstintingly well acted, totally on the mark and painfully funny”
★★★★ THE HERALD

“McKnight’s script is sharp, twisting Jake’s Paisley patter to comic vulgarity, while Laura is a perfect foil.”
★★★★ THE LIST

“Unashamedly vulgar, but with a compassionate core, Wendy Hoose is a bold, entertaining and sensitive production.”
★★★★THE LIST

“above all, it features two fine, brave comic performances from its stars, Amy Conachan and James Young.”
★★★★ THE SCOTSMAN

“some superb use of video and graphics, and Neil Haynes’ lush red bedroom set”
★★★★ THE SCOTSMAN

“The audio describer, brilliantly voiced completely deadpan by Random Accomplice’s Artistic Director Julie Brown (a la Scarlett Johanssen’s conscience-ridden computer in Her) gets some juicy one-liners too—hilarious references to ”lady gardens” in one scene, and amusing disgust at what she her career has become- ”I went to drama school, you know!”
★★★★ EXUENT

“it’s the most brilliant, wrong-est disability coup-de-theatre you’ll have seen in a while”
★★★★ THE PUBLIC REVIEWS

“The design of Wendy Hoose, courtesy of Neil Haynes and Grant Anderson, is as creative and energetic as its leads.”
★★★★ THE PUBLIC REVIEWS

Johnny McKnight – WrIter/Director
Johnny is a writer, director, actor and performer as well as the joint artistic director of Random Accomplice Theatre Company. He has been described as the new vanguard of pantomime in the national press having written 11 contemporary pantomimes. In 2014 he wrote A Miracle on 34 Parnie Street for the Tron Theatre and last year he wrote The Little Mermaid for the Macrobert Stirling. Johnny is currently under commission to the Royal Court Theatre, Tron Theatre, Citizens Theatre, macrobert and is developing a couple of original television comedies. Johnny has been nominated for Critics Award Scotland twice for Best Show for Children and Young People (The Incredible Adventures of See Thru Sam, Cinderella) and Best New Play (A Perfect Stroke). He is currently writing his second episode of River City for the BBC. Credits include: The Incredible Adventures of See Thru Sam (Random Accomplice); A Perfect Stroke (Oran Mor/Traverse Theatre); Little Johnny’s Big Gay Wedding (National Theatre of Scotland) and Cinderella (Royal Lyceum Theatre). Previous plays published by Oberon Books include The IncredibleAdventures of See Thru Sam, Smalltown and Double Nugget.

Robert Softley Gale – Director
Robert Softley Gale is an established figure in the Scottish arts scene, with over fourteen years of experience as a performer, director, writer and theatre-maker. He has appeared in many productions – including Girl X (National Theatre of Scotland) and his solo show – If These Spasms Could Speak – was presented as part of arches Behaviour 2012, Made in Scotland 2013 and has toured internationally for many years to countries including India, Brazil and the USA. He has worked around the world as a facilitator, trainer and director – most recently developing a new interpretation of Shakespeare’s The Tempest in Hong Kong. A graduate of Glasgow University with an MSc (Hons) in Business & Management, Robert recently directed Purposeless Movements for BOP to great critical acclaim:
‘…this is one brilliantly shrewd triumph of a show’
★★★★★ The Herald

Jamie Macdonald – Animator
Jamie Macdonald graduated from Jordanstone College of Art and Design in 2003 with an honours degree in Drawing and Painting. Since 2005 he has been based in Glasgow – teaching, illustrating, designing and animating for various companies including Scottish Opera, NTS, Royal Conservatoire of Scotland, Visible Fictions, Tron Theatre, macrobert, The Arches, Borderline, Youth Theatre Arts Scotland, Birds of Paradise and Random Accomplice.

Julie Brown – Audio Describer/Artistic Director
Julie Brown trained at the Royal Conservatoire of Scotland and is co-Artistic Director of Random Accomplice. As a Performer, Director and Producer she has worked for a range of companies including Scottish Opera, National Theatre of Scotland, Royal Conservatoire of Scotland, Scottish Youth Theatre Cumbernauld Theatre, Arches Theatre, Bard in the Botanics and the Tron Theatre as well as directing and choreographing for various youth companies.

In An Alien Landscape
Be BoP Ensemble

But getting your leg over is sometimes more difficult than you think.